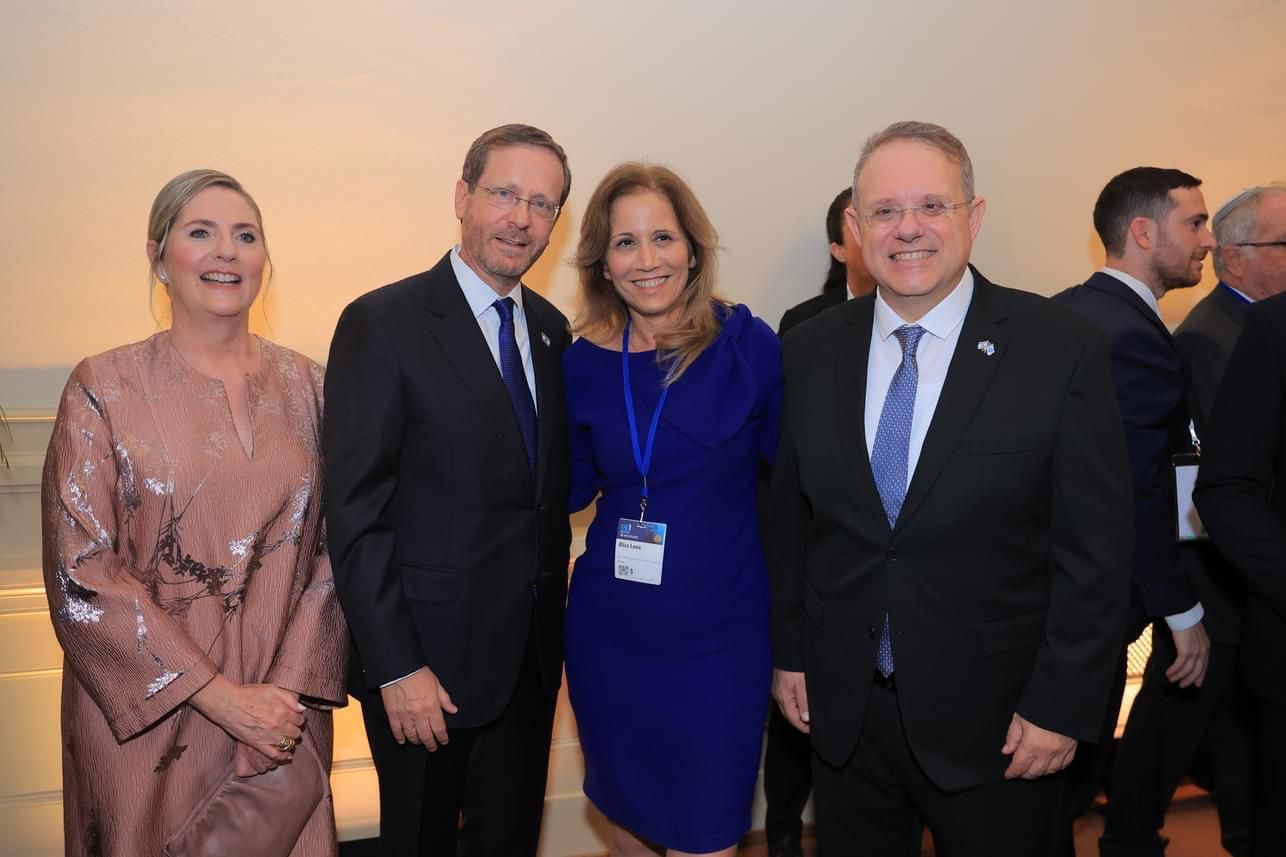 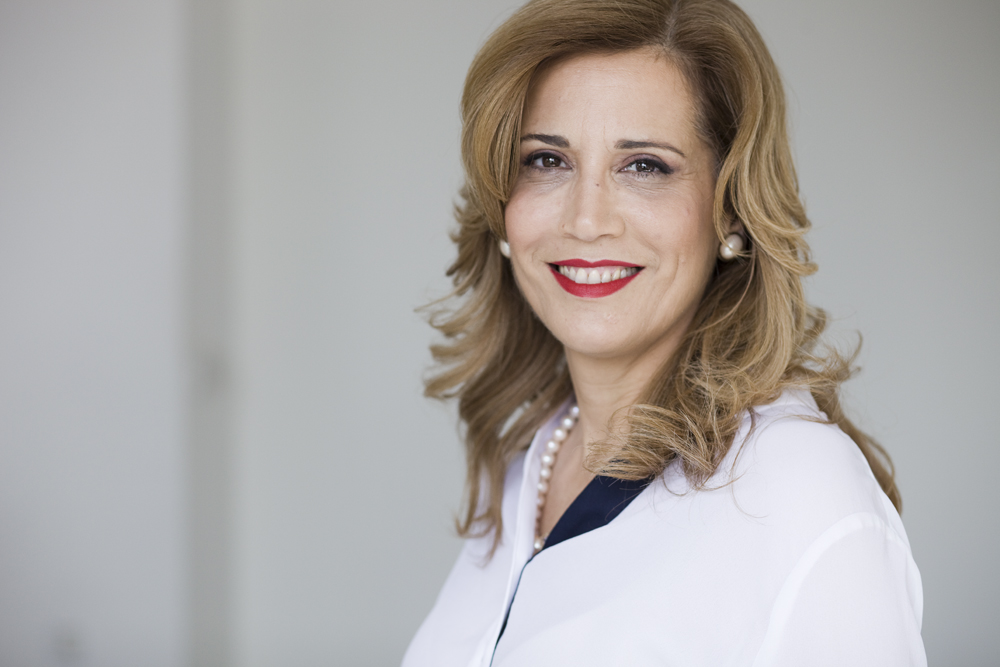 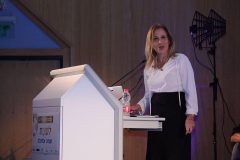 In the 20th Knesset Aliza Lavie serves as Chairwoman of the sub-committee on Trafficking and Prostitution and is a member of the Foreign Affairs and Defense committee, the committee on the Status of Women and Gender Equality, the Ethics committee, and the Special committee for Public Petitions. Additionally, Lavie is the head of the state a religion caucus, the caucus for the advancement of students and higher education, the caucus for supporting lone soldiers, and the caucus fighting the delegitimization of Israel. She also works to increase cooperation between the Knesset and European parliaments, and she works to strengthen Israel’s standing around the world, especially in Europe. In the current Knesset, MK Lavie heads the delegation to the European Council and is the president of the Parliamentary Friends of Israel-Czech Republic relations and of Israel-Norway relations.

In the 19th Knesset Aliza Lavie was the Chairwoman of the committee on the Status of Women and Gender Equality, where she led innovative initiatives exploring gender disparities in the national budget, potential laws and regulations to reduce the gender wage gap, the lack of women in key positions, and the ways to fight sexual assault in the public sphere. 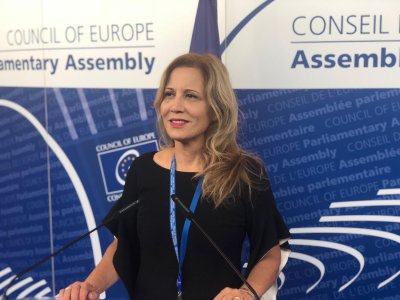 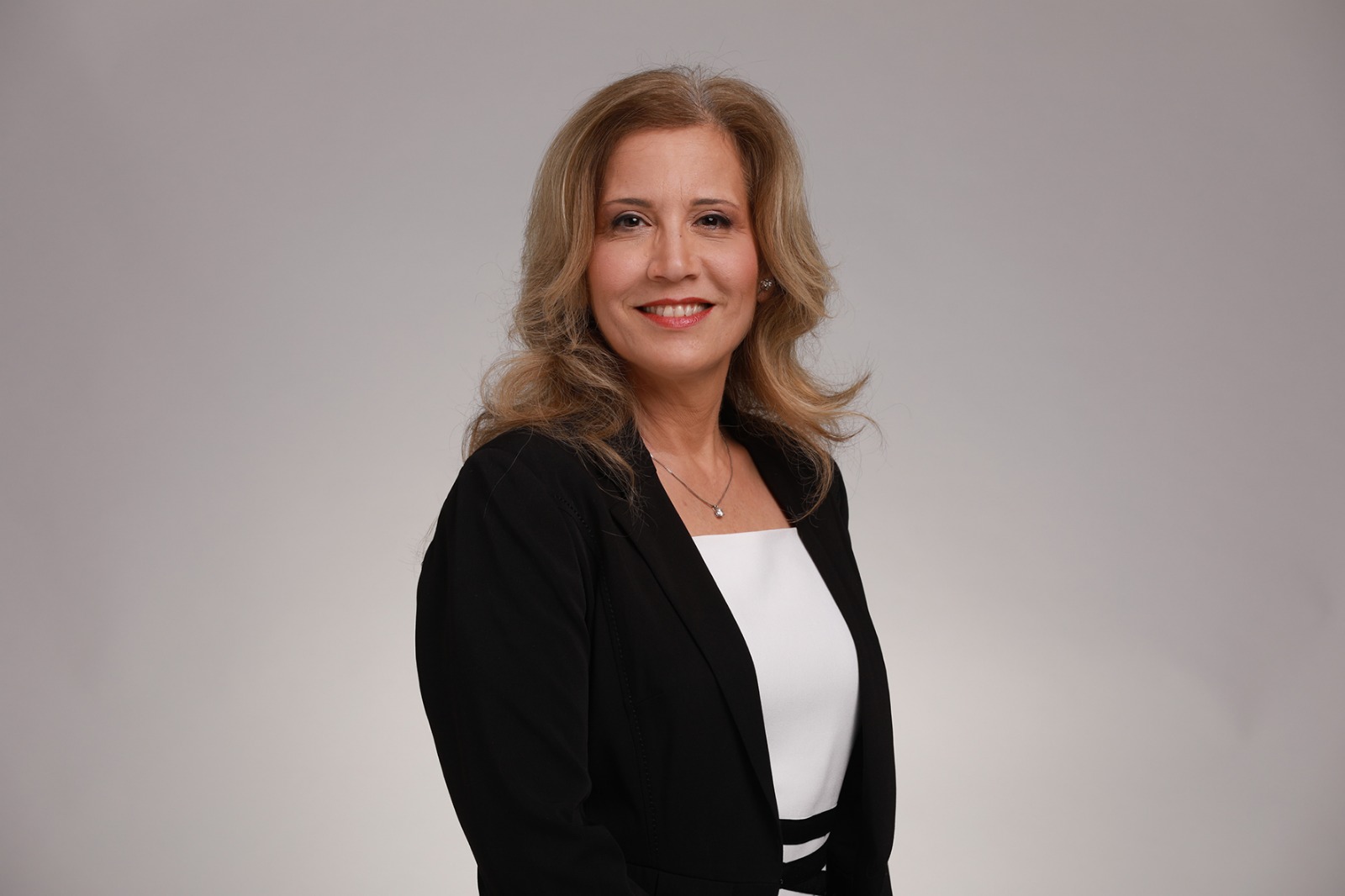 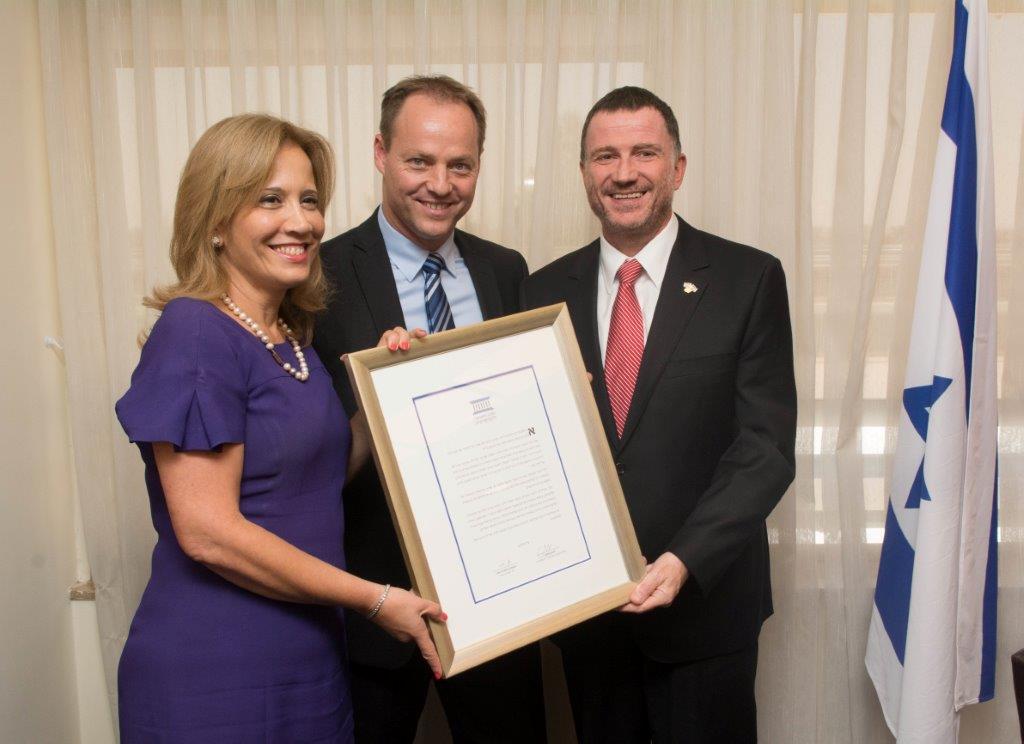 MK Aliza Lavie was born in Kfar Saba on 17 of the month of Tishrei 5725, September 1964. She attended the religious high school Bar-Ilan in Netanya and was active in the Bnei Akiva youth movement. After graduating high school, she served in the IDF as a geography guide and later as an officer in army training. After finishing service, she continued her commitment to nature protection. Lavie is married to attorney Zuriel Lavie and they live together in Netanya. After their marriage, the couple served as emissaries for Bnei Akiva in Durban, South Africa. They are parents to four children and grandparents of two grandchildren.

MK Lavie studied at Bar-Ilan University where she received her BA, MA, and PhD. She wrote her doctoral dissertation on “Israeli Radio and Gender”, which focused on the issue of gender newsreels and current affairs programs on public radio. Her study was the first attempt of its kind to address the issue of how the media shaped the role of women in Israeli society and explore the intersection of communications and gender. Lavie also spent a year as a research fellow at Brandeis University working on similar issues.

Aliza Lavie is a popular lecturer in Israel and around the world on various issues, including women in the Jewish world, Jewish culture and identity, politics and society, Diaspora affair, and the promotion of women’s status and gender communication.

A Jewish Woman’s Prayer Book is an international bestseller and won the National Jewish Book Award in 2008. The book, first published in 2005 by Yedioth Ahronoth, seeks to revive the prayers of learned scholars, leaders, mothers and wives. The book won sold over 150,000 copies and was published in New York by the prestigious Random House publisher. The book was also published in Italian and will soon be translated into other languages including Spanish and Russian.

Being a Jewish Woman was written in collaboration with Prof. Tova Cohen, published in 2005 by “Your Voice”.

Women’s Customs is a book about the feminine journey of customs, rituals, prayers, and stories, published by Yedioth Ahronoth in 2012. In this book Lavie seeks to revive lost information by writing about Jewish women from different periods in history.

The Jewish Backpack: A Bar Mitzvah Odyssey Through the Jewish World was published by Koren in 2010. It is Lavie’s third book and contains dozens of texts, prayers, and practices related to the Bar Mitzvah process and ceremony.

“Fanny Neuda” was published in 2014 by Yedioth Books, a compilation of translated 20th century Czech prayers. 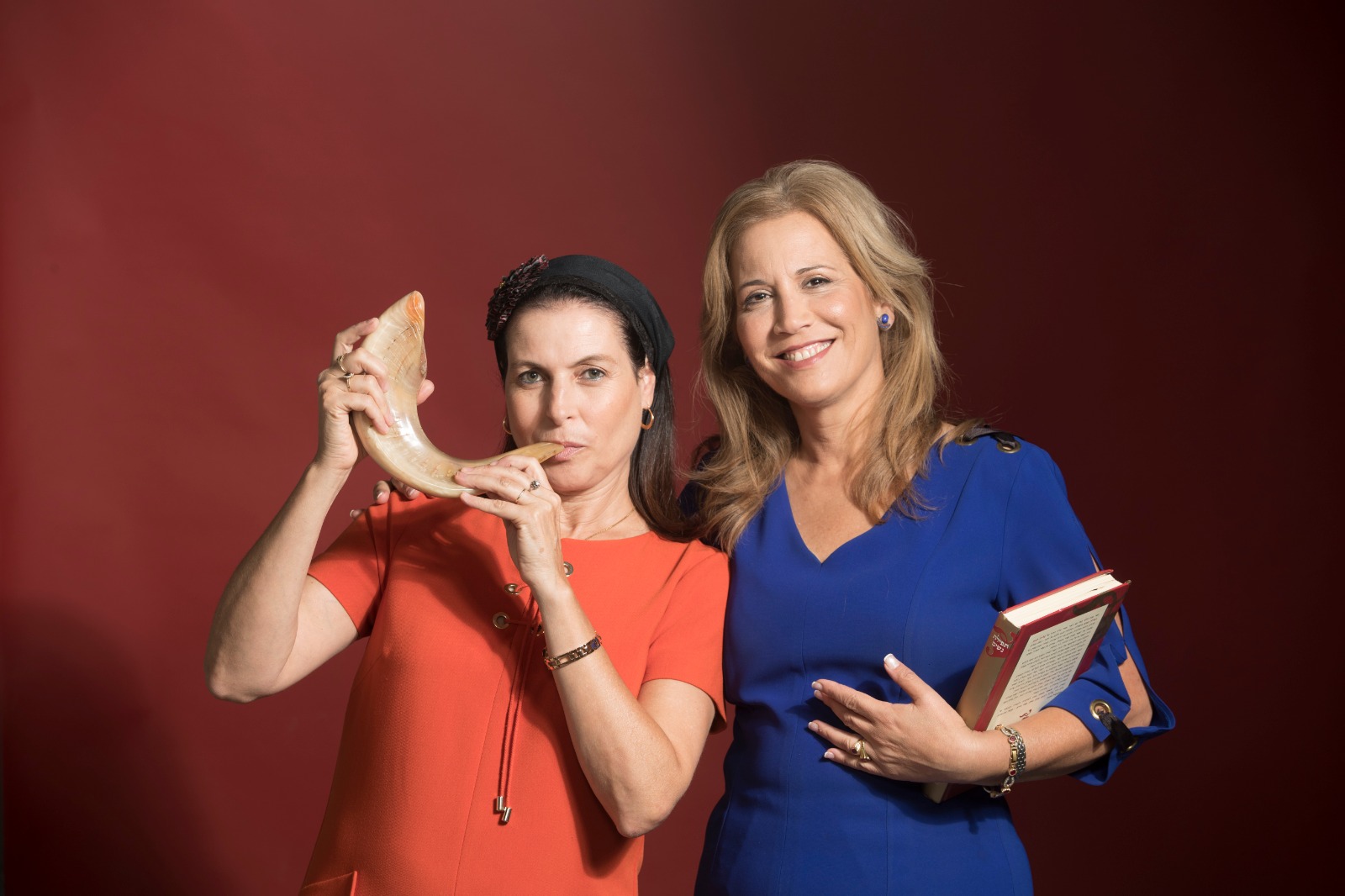 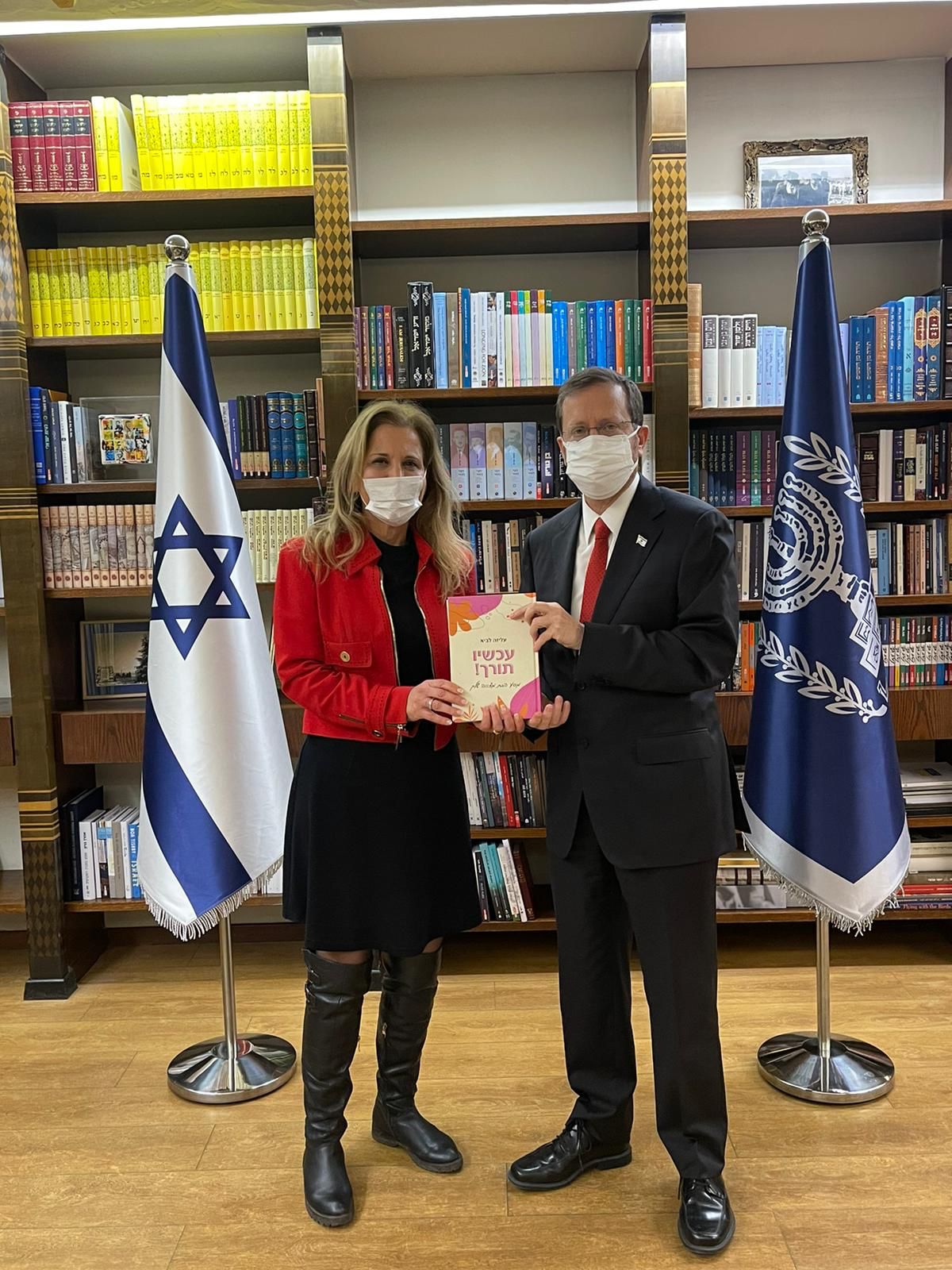 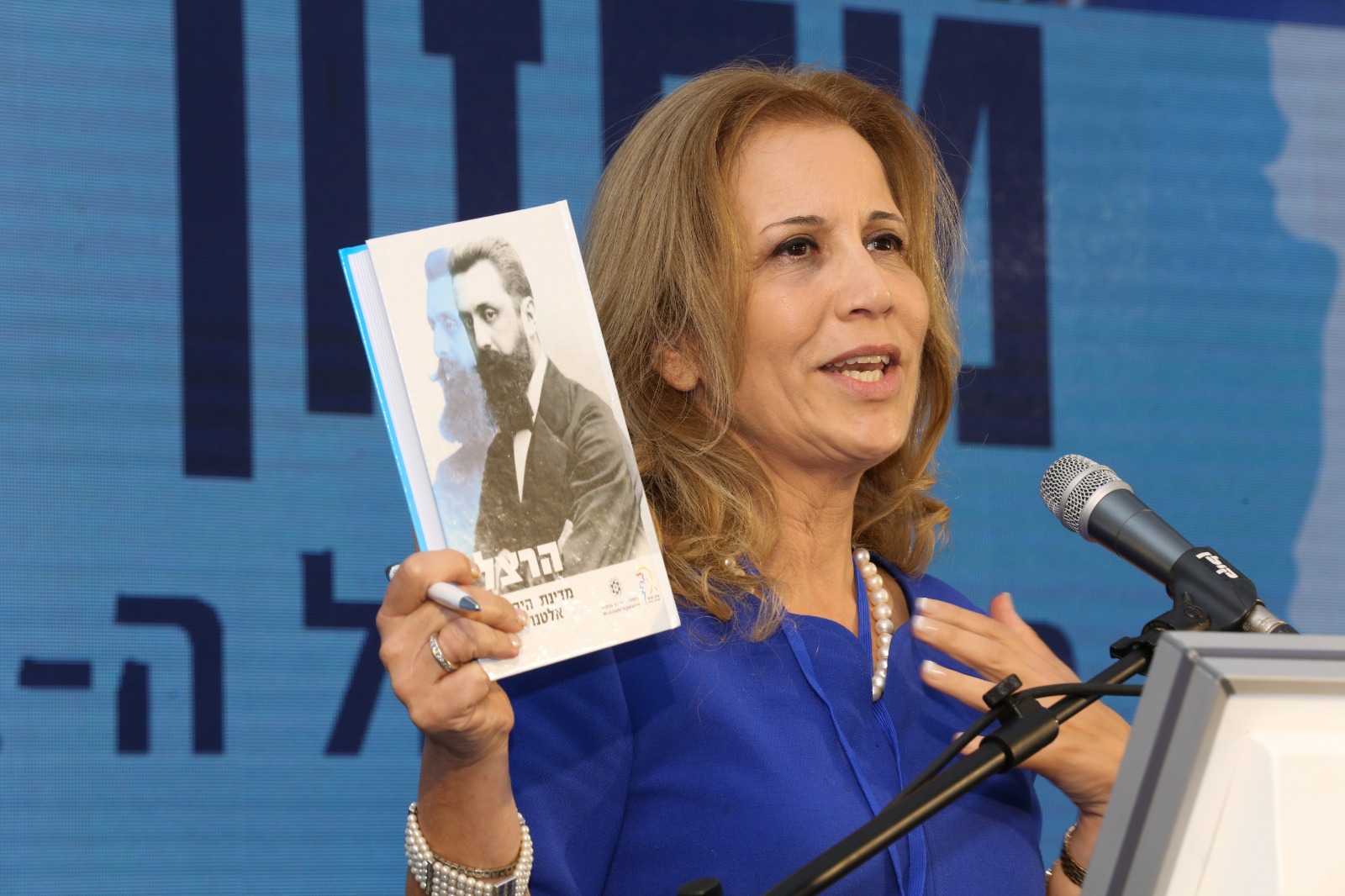 Aliza Lavie began her career in 1988 as a consultant to the then political secretary of the National Religious Party, Shaul Yahalom. From 1990-1996 she served as Executive Director of the Public Council for Youth Exchanges, which is responsible for connecting youth leadership councils from different countries and international organizations. In the public sector, Lavie served as a member of the Second Authority for Television and Radio. She was a founder of The Public Committee for Conversion and was one of the initiators of the petition filed in the High Court against the marriage official who refused to register the marriage of a woman converted during her military service. Prior to that, she served as chairwoman of Matan Netanya, a women’s beit midrash and as director of A Voice—Religious Women’s Forum—where she was a founder of the Committee of Management of Sexual Harassment.

Aliza also was a board member of the Izun center for the treatment and rehabilitation of backpackers who suffer from mental or drug-related issues, and she also is a member of the Public Council project “A Computer for Every Child”. Since 2010, she has held an event with the Chairman of the Steering Committee on Shavuot in Tel Aviv dedicated to Israeli-Jewish dialogue.

Aliza Lavie’s career in media began in 1990 in the Israeli Heritage Department at Channel 1 on the current affairs shows “Combinations” and “The Month”. She continued her career at Channel 1 within the Israeli Heritage Department, appearing on “Good Morning Israel” , “7:30”, and various special programs. She also starred on the Voice of Israel radio show “A Feminine Perspective with Aliza and Ronit” with Ronit Lev-Ari. After leaving Channel 1, Aliza became editor and host of a weekly show about Jewish culture called “Permission Granted” on Channel 10. Additionally, Lavie regularly writes opinions pieces on various topics related to gender, media, Israel, and Judaism.

The relationship between gender and the media continues to be the central focus of MK Lavie. She continues to be active in women’s advancement and equality in the entire country and in the media particularly. She was the Associate Editor of the Politics, Media, and Society Journal, published by the School of Communication at Bar-Ilan University, and a content consultant for the center of TV and radio at the Second Broadcasting Authority. 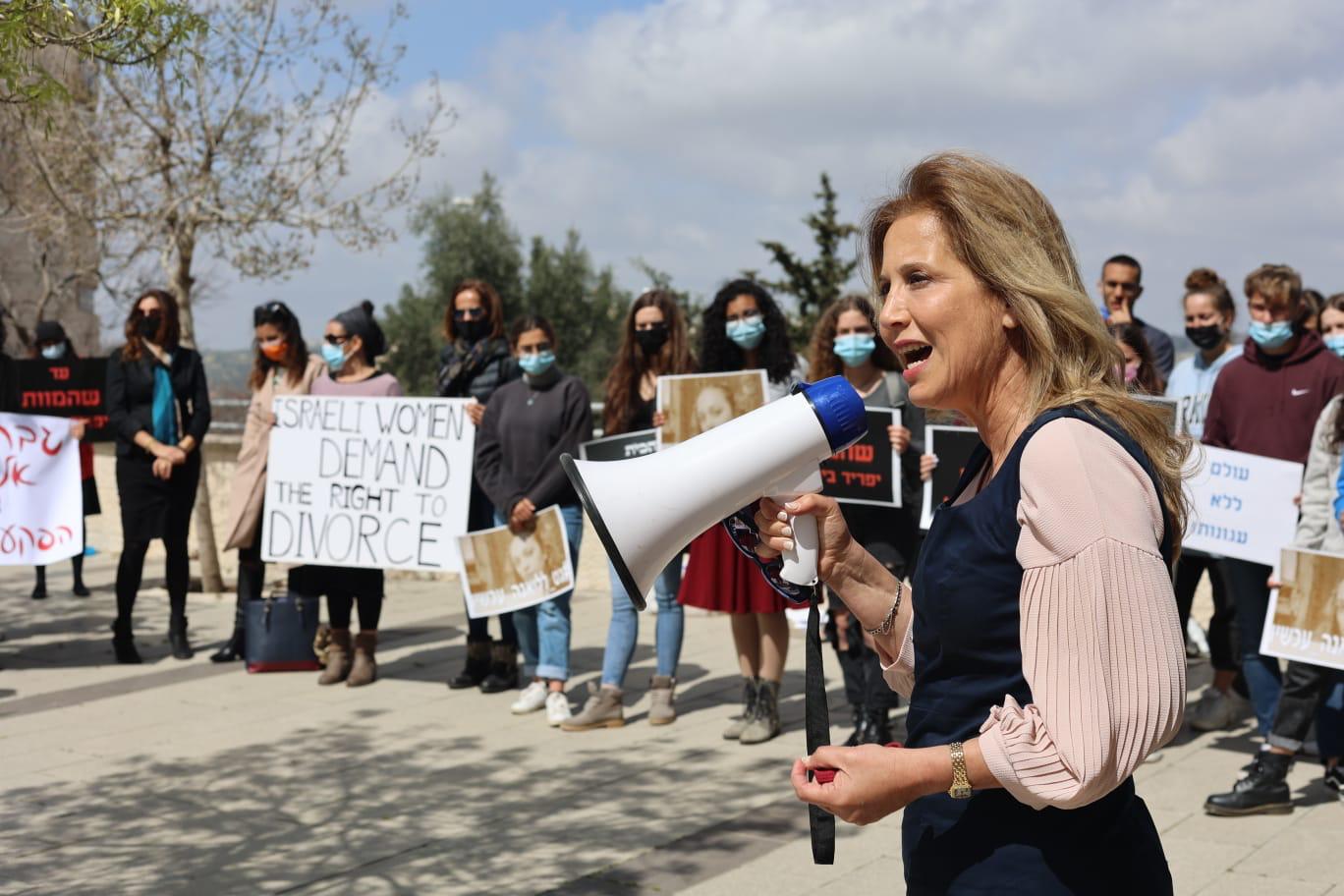 Aliza Lavie actively tries to restore national unity and togetherness in the Israeli public based on shared identity, culture, and history, and she tries to reduce the tribal, political, social class differences, and religious divisions in Israel. She believes that a strong focus on these issues is the key component in ensuring that the Jewish and democratic cornerstones of the State of Israel remain strong.

Regarding the issues of religion and state, Lavie emphasizes the need to preserve the elements of Jewish culture and identity in public, while creating a Jewish-Israeli space that contains and allows for all population groups and denominations. She believes that the Knesset should avoid legislation on these issues—as much as possible—because of the potential danger of further divide, and instead think of ways to promote agreements through an ongoing dialogue in the spirit of the ‘social contract’. Lavie believes that in even the most toughest cases of clashes between religion and state, it is possible to extract insights from the past, and create innovative and practical solutions tailored to the specific situation.

Lavie stresses the necessity of preserving and strengthening relations with Diaspora Jews, and thinks that it is strategically valuable to maintain and defend Israel and Judaism all around the world. In the political arena, she works to strengthen the role of Israel’s connection to the entire Jewish world, to avoid legislation that conflicts with Diaspora Jewish sentiment, and to craft initiatives in this spirit of bringing the Jewish Diaspora closer to Israel. Lavie points to the current period as an era of deep crisis in relations between Israeli Jewry and World Jewry, and strongly believes that correcting this crucial relationship is one of the most significant challenges of our time.

Regarding gender issues, Lavie emphasizes the need to narrow the wage gap and to increase the representation of women in key positions in government, military, law, academia and business. This comes from a deep belief that the integration of women is a critical component to strengthening social equity and increasing productivity and growth in the economy as a whole.

Aliza Lavie’s primary focuses are on education, the fight against the delegitimization of Israel, strengthening the civil-military relations in Israeli society, family values ​​and parental responsibility, the struggle for a free media, freedom from foreign interests, dealing with the challenges of the changing labor market, and adapting to the 21st century.