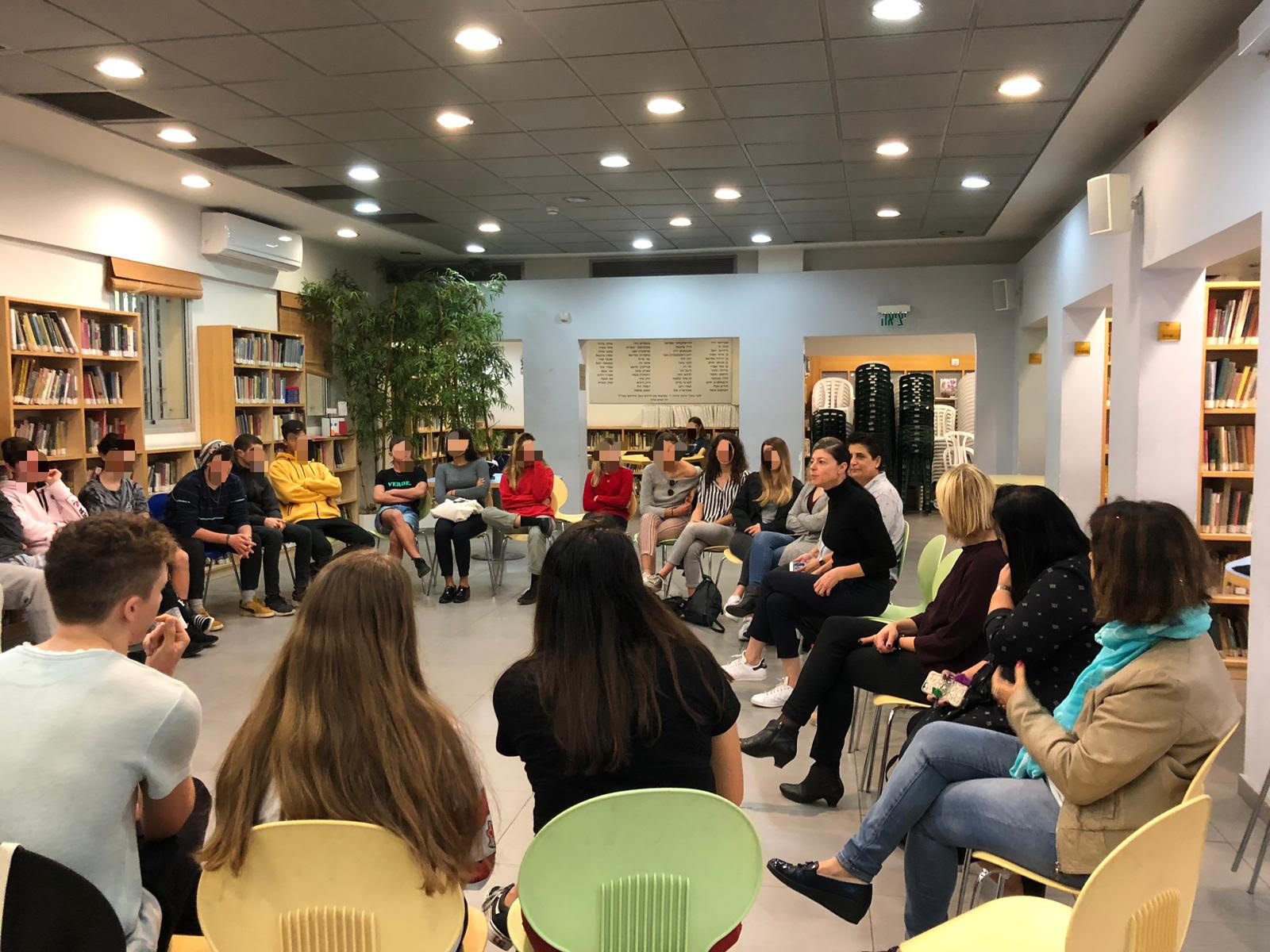 More women are being murdered and violence in the State of Israel is growing every day. Only this week we were exposed to another murder of two innocent girls. MK Aliza Lavie (Yesh Atid) initiated the “High-Back MKs” initiative in the framework of which Knesset members will take part Thursday, November 29, to deliver an educational lesson on violence in the high school they attended.

Members of the Knesset – Aliza Lavie, Yifat Shasha Biton, Meirav Ben Ari, Merav Michaeli, Yael Cohen Paran and Rachel Azaria – will meet with high school students for a joint discourse on coping with the various types of violence: physical, verbal, etc.. They will also discuss The scope of the phenomenon, the factors that lead to violence, the importance of the need to contact aid providers, and shared thinking with the students about how to raise awareness in the field.

We witness daily cases of violence against women and the rise of this terrible phenomenon. The education system plays an important role in raising awareness and education from an early age. MK Aliza Lavie welcomes the positive response of the Director General of the Ministry of Education, who has been donated to this important cause and struggle.

MK Aliza Lavie: “High school returns to high school” – The initiative to return to high school was born out of a desire to speak with the students directly and without intermediaries, to listen to them and to bring the voices and needs from the field to the committee rooms and to Knesset debates.
Legislation is not enough. The video law that prohibits the distribution of sexual content, the law against sexual harassment or the law prohibiting prostitution consumption must be accompanied by education, awareness and assimilation from an early age. Our children, the generation of the future, must know that violence of any kind is harmful behavior, both physically and emotionally, and has devastating consequences for the human psyche. ”
Lavie added: “I am happy to cooperate with the Ministry of Education, and I thank the CEO of Abuhav for the door he opened for the joint venture that was born. The meetings between Knesset members, who immediately joined and rejoiced at the high school they attended, will expand the school activity on the occasion of the International Day for the Elimination of Violence against Women and will increase the students’ familiarity with the work of the Knesset. “